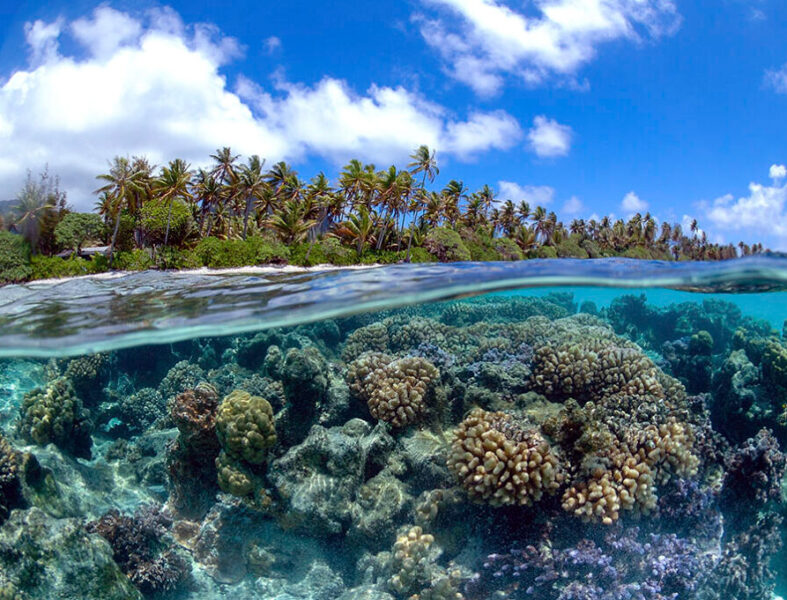 The Philippines Coral Reef covers 10,000 square miles or about 26,000 square kilometers, including tubbataha and apo reef. The reefs support marine biodiversity, which includes more than 900 species of reef fish and 400 species of hard coral. Wherein 12 species are unique to the area.

In the year 1981, Angelique Songco. Was employee on a diving boat. Were she Found herself marveling at the atolls before her. The coral heart of the Philippines. But over the next few years, she saw humans’ shadow creep over the waters of the Sulu Sea.

Fishermen from as far away as the province of Quezon, some 370 miles distant, filed into Tubbataha Reef, one of the world’s most bio divers for their livelihoods’ sake. The results were devastating. Dynamite killed fish where they swam; cyanide squirted over corals stunned fish into submission. On the reef’s islets, fishermen gathered seabirds and their eggs.

Without understanding the value of the ecological marine environment, at that time. They know now, that such beauty must be protected, at all cost.

In 2001, Songco become the park manager of Tubbataha, he designated a protected area in 1988. Ever since, she has devoted her life to protecting the reef. Her efforts have paid off: As reefs worldwide find themselves under siege, Tubbataha has remained shockingly pristine.

“All of the signs are that Tubbataha Reef is nearing what we believe to be the true natural state,” says John McManus, a marine biologist at the Rosenstiel School at the University of Miami.

The peace that nature and humans have brokered at Tubbataha stands out within the Coral Triangle, a richly bio diverse corner of Southeast Asia, where overfishing and international shipping are increasingly common.

How have Tubbataha and Apo coral reef avoided the fate of being over fished? First of all, its isolated. And are located at the center of the Sulu Sea. More than 90 miles away, from the nearest inhabited islands. Neither of its two islets has fresh water.

Declarations made in Manila or Paris.

It means a little unless they hold weight in the middle of the Sulu Sea. That’s where Songco comes in. For at least 16 years, she has worked to build public support for the reef. Commanding attention with a public personal, like a fairy godmother.

Among the undersea coral walls, that plunge more than 300 feet deep, nature’s chaos reigns. Schools of jack dart and dazzle; marble rays patrol the deep. Tiger sharks, is usually a lonely predator. But have even rumored to swim in groups at Tubbataha.

Furthermore, she also had the law on her side. The Philippines has prohibited fishing in Tubbataha, and in partnership with UNESCO, the country recently secured extra protections for the reef against shipping.

Because, many of the park rangers. Who are also member of military. Have been protecting the reef, since 1995. They live two months at a time at Tubbataha in total isolation. Their only place of refuge: a spit of sand and concrete jutting from the water.

These extraordinary efforts, safeguard Tubbataha’s extraordinary benefits. As a result, drawing many tourists to the place and worth many times more than fishing, would ever bring in. Tourism also provides nearly half of the park’s funds, and revenue-sharing agreements help fund the local government.

Tubbataha also boosts the Philippines coral-reef fisheries. Which also contribute more than 29 percent, of the country’s total fishing production. According to Silliman University biologist Angel Alcala, ocean currents carry huge numbers of marine larvae from Tubbataha. To the rest of the Sulu Sea. The influx helps to replenish fished waters and ensures the country’s food security.